After completing my Juke footwell / glove box LED mod, I decided that the footwell LEDs just were not bright enough.   I came across these Optek 3 LED white lights from Newark that have just the right white light and luminosity.  These LED bars are built tough.  The LEDs appear to be set in a hardened liquid plastic.  Wires run in one end and out the other – it seems that these strips were built as a series set of 3x LED bars and cut to order.  I ordered 2 and both were joined together.  Before installing them above the footwell area, I had to do something about the white.   After masking off the LEDs,  I gave them a few coats of Plastidip to make them black. 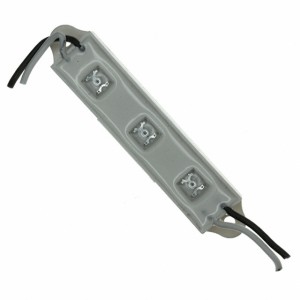 I am impressed with the end result.  I was after something that would provide nice white light when I am looking for something down in the footwell area during the dark…  They cast a bright wide swath of light to illuminate the entire footwell area.  They also cast enough light to see under the seats as well. 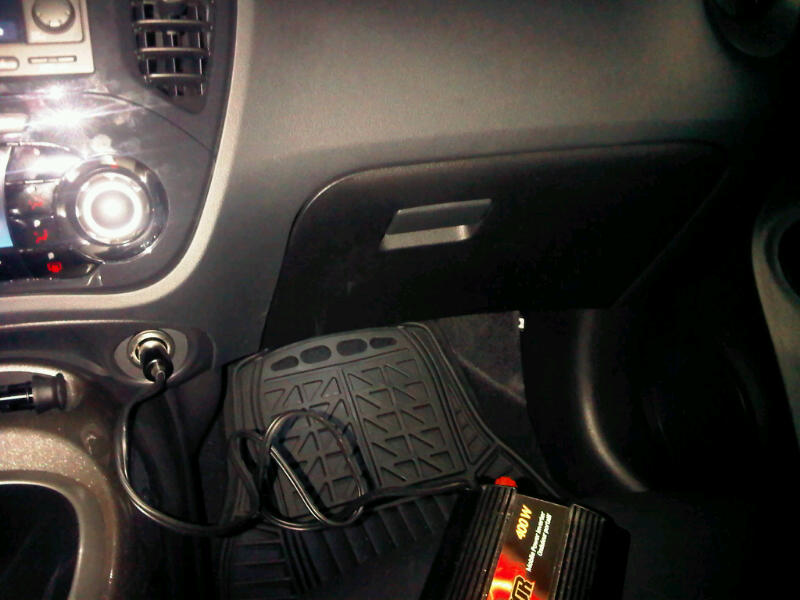 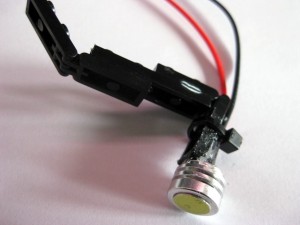