After a few hard landings, the carbon fibre landing gear that came with the ZMR250 frame were done.    After researching different solutions, I gave the zip tie concept a try.  The solution entailed creating ‘loops’ out of zip ties and mounting them to the quad legs.  However, they sagged under the weight of the quad only a day or so after mounting them.  This caused the quad to be out of level – not a good thing for initial levelling on power up.  After some thought the idea of LEGO shocks (source: here and here) came to mind.  I have tons of Technic and Mindstorms – including many different shock types.  I did some digging around and found these LEGO shocks in my collection and thought I’d give them a try.

Adding some extra bits for mounting, 4 units weigh in at 26 grams.  Not bad.  They are not as light as the CF units that came stock, but I have some play with weight numbers. 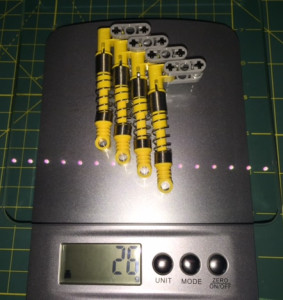 I used some ties to mount them to the arms, and a few minutes later voila! Landing gear!  We’ll have to see how these suckers hold up to some rough landings.  I expect there will be some fun bounces while the motors freak out trying to level the quad during hard landings.  The shocks have the mid level springs and are pretty tough, but can handle a drop from about a foot or so. Given I’m getting better at flying this thing and landings aren’t as rough any more, I think these guys will work out.  Will report back after some testing. 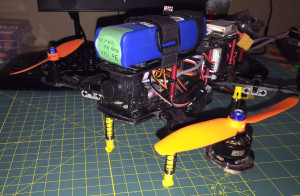 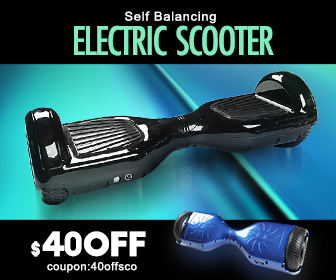